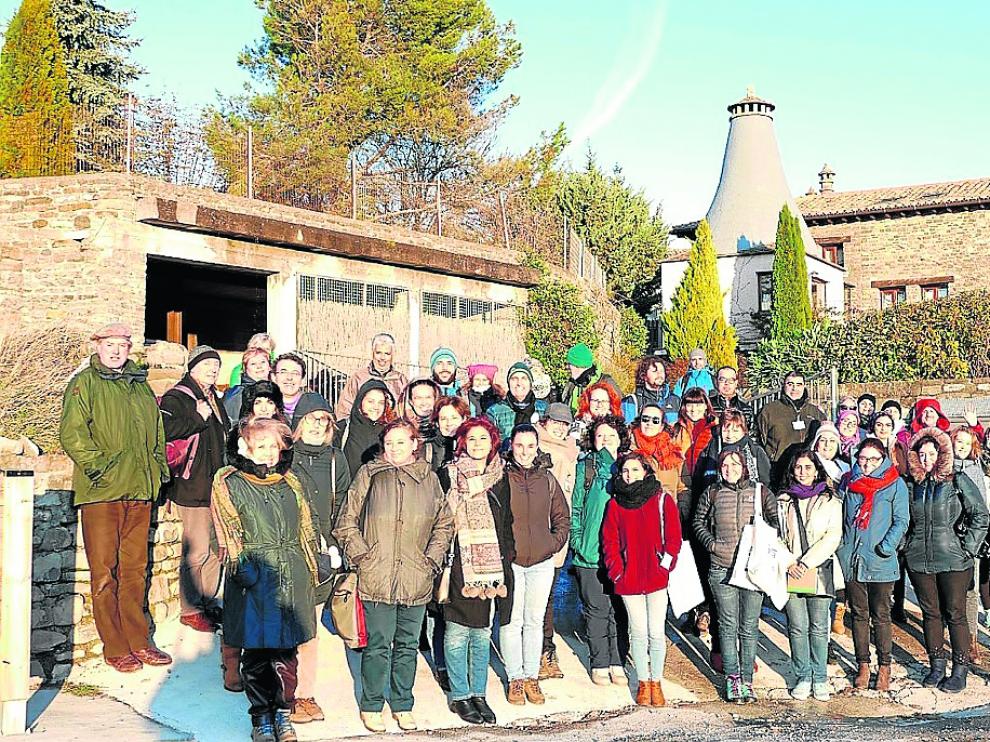 Over 35 experts from a dozen countries have met in Zaragoza to analise the fundamentals of social innovation in rural areas. They met Artieda’s example.

The development and revitalisation of rural areas in order to prevent their depopulation is, nowadays, one of the highlighted issues on the social agenda. Although this matter has to be addressed by taking into consideration political and economic factors, people who live and are committed to build their life project in these areas cannot be left aside.

One of the best examples in Aragon is Artieda. This small village of 80 people at the heart of Jacetania has experienced various projects of rural development which prevent population from emigrating, gathered under the initiative Empenta Artieda. In the last two years, the social enterprise Senderos de Teja and the self-employment initiatives of Cima Norte and Sociolochía have developed in Artieda. Moreover, the housing sector has benefited from this revitalisation with the opening of three houses to rent and the renovation of other two.

As far as the socialisation is concerned, it has allowed dozen meetings and local activities. In addition, two initiatives in the care sector are worth mentioning: the project “Empenta Chovenalla” which fosters adolescents’ involvement and the project “Envejece en tu pueblo”, a service aimed to accompany elderly people.

Artieda represents one of the successful initiatives in rural areas, and thanks to the advanced course in innovation held by the Mediterranean Agronomic Institute of Zaragoza, participants had the chance to get to know it.  On this occasion, 35 highly qualified individuals in various fields of social innovation, among whom researchers, project leaders and institutions’ representatives gathered, coming from more than ten different countries. David Miller, the coordinator of the European project SIMRA, explains -“We want to analyse all the factors through which the success in social innovation is achieved, no matter what the difficulties are”. According to him, these projects in rural areas are carried out because there are “motivated people with great capacity to understand challenges and find solutions and people who manage to have their authority recognised”. By the same token, Laura Gascón, rural development technician from the Provincial Government of Teruel, claims: “It is necessary to involve not only the people who live in villages but also those who related to rural areas, such as those who come back, for instance, in summer, so that they can become aware of the issues here”.

However, rural development has to face various obstacles that interfere with its progress. One of the most important is the “lack of funding” –Miller explains- although he emphasises that it does not have to do with money, but rather it is about “the lack of knowledge of the procedures to achieve it”. For this reason, with SIMRA they try to provide advice on this aspect to rural communities since “a lot of things can be done with little money”. Infrastructure represents another problem. Like Laura Gascón states, at this stage of the XXI century, “it is not about a problem related to poor road maintenance, but rather it is a problem that has to do with bad internet connection, which is now essential in order to give the project visibility and longevity”.