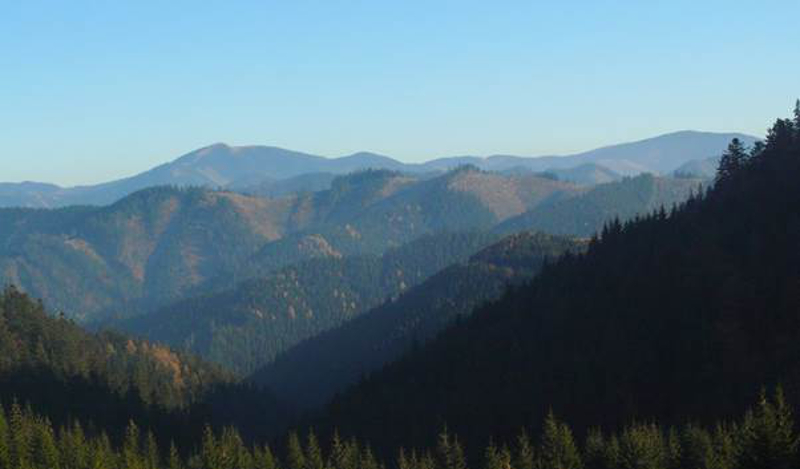 The CS in a nutshell:
Forest commons (a particular form of common-pool regimes) play an important role for well-being of local communities in European marginalized mountain regions – and thus also in Slovakia and Slovenia. Although forest commons are usual types of forest ownership regime in Europe, several social and natural disturbances have arisen threating the survival of forest commons in the end of 20th century. In the Slovakian and Slovenian case studies, local communities show their adaptive capacity to current challenges. While in Slovakia the process of SI development was initiated by natural disturbances followed by social disturbances, the SI development in Slovenia was initiated predominantly by social disturbances. These case studies intend to examine what factors affect the development of self-organised activities that led to carbon smart forestry (a by-product of this social innovation) and how the self-organisation path support SI development and stabilisation in mountain MRA locations.
More information on Slovak forest commons and Slovenian forest commons

In Slovenia, the forest commons association and its forests are located above the Vipava valley in municipality of Ajdovščina. The forest borders are clearly identified by parcel borders. The altitude of selected forest sites is between 100-900 MASL with mild Mediterranean clime and occasional strong winds. The municipality of Vipava is one of the 212 municipalities in Slovenia with the total area of 10.7 km2 and 5600 inhabitants. It stretches in the Upper VIpava valley and slopes and plateau of the Nanos Mountains. Its average population density is 52 people per km2 where most of the population leaves in the valley. The natural population growth is negative, whereby Slovenia indicates positive growth. The unemployment rate is 11,8 % and the average nominal monthly wage is 88 % of the county‘s average.

The Slovak forest commons regime is located in Hybe in the largest Slovak National Park, Nízke Tatry established in 1978. The national park is situated in central Slovakia in Western Carpathian Mountains, between the Váh River and the Hron River valleys with remarkable natural value and high biodiversity. The state owns 61.9% of the national park territory and the rest is owned by forest commons (28.3%), municipalities (5.4%), individuals (2.5%) and others. Forest commons cover 1,540 ha with spruce as predominant tree species (over 60%) followed by pine, beech, fir and larch. Hybe municipality spans over 5,282 ha and counts with 1,485 inhabitants. Liptovský Mikuláš is the district to which municipality Hybe belongs to. The total district area covers 134,108 ha 60% of which is forested. In the district, there is a steady decline in population and an aging population.Its unemployment rate is 8.04 %, and the average nominal monthly wage the lowest of the county.
Both Slovenian and Slovakian forest commons are considered marginalized rural areas because they are predominantly rural and set in a mountain regions. Additionally they face an increasing ageing population.

More information on the study areas in Slovakia and Slovenia 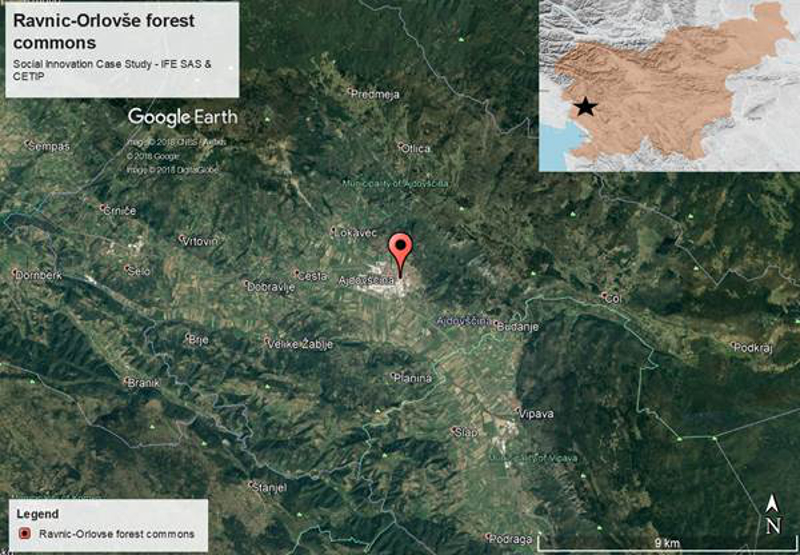 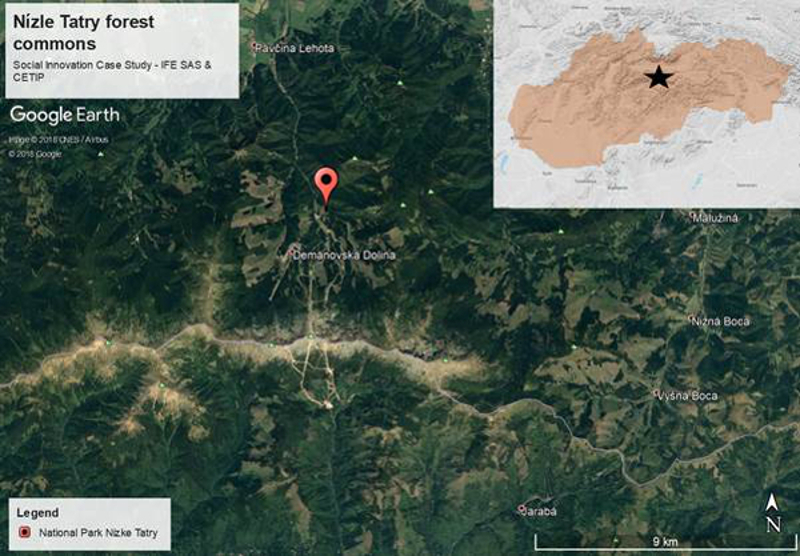