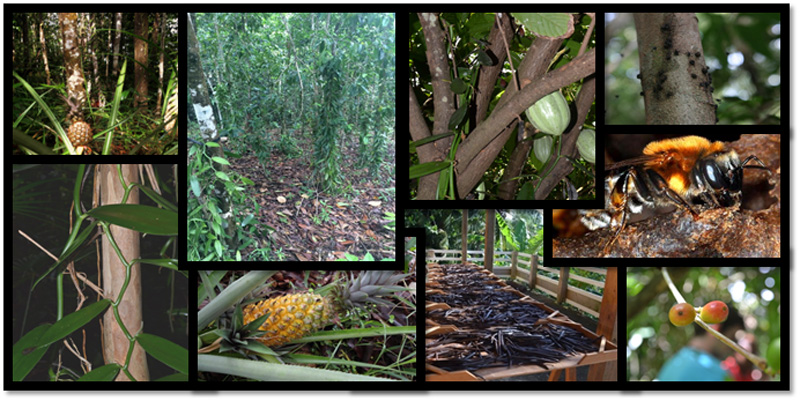 The Guadeloupean farming sector relies heavily on banana and sugar cane production. The rest of the sector that operates with a diversified portfolio of crops is usually poorly organised and lack support tailored to its specificities. The VALAB project is coordinated by the Agricultural Union of Vanilla Producers of Guadeloupe (SYAPROVAG) and aims to study the feasibility of small scale production systems that would be integrated to the forest biodiversity. Being innovative, the SYAPROVAG has used the EIP policy framework to constitute an Operational Group. The project, started in 2017, examines the methodology to implement (scientific, organizational and partnership) in order to consider the design and testing of small scale farming practices in the forest undergrowth that would respect its ecological equilibrium.

The initiative will be developed in the isle of Guadeloupe, an outermost island region of European located in the French Caribbean. Guadeloupe is 1628 km2 and belongs to one of the 34 Hotspots for Biodiversity in the World. The marginalisation of the study area resides in its insular character, the mountainous character of the forest plots, its remoteness from decision centres at European level, and high level of unemployment (in particular of the youth). The project will be implemented within the private forests of the island, which with an area of 38,688 ha is a little more than half of the total forest area in Guadeloupe (71,000 ha) and partly falls within the peripheral area of the National Park and its management scope. However, the geographical scope of the project is potentially all the territory of the island as the direct beneficiaries of the project live in different part of the island. 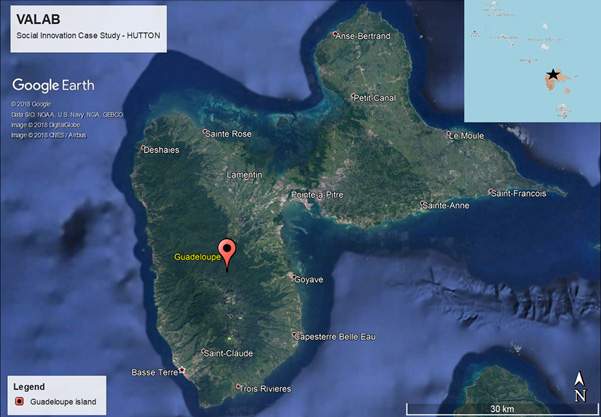 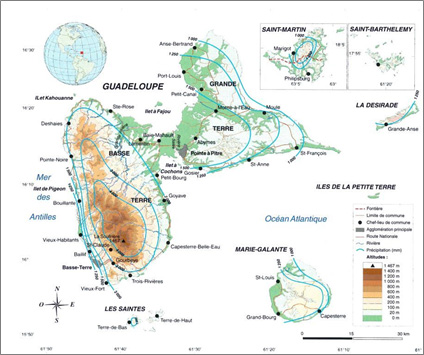 22 th September 2018: radio interview in the program KAMANNYÒK on Guadeloupe 1ere: What agriculture for our forest understorey? (In French: Quelle agriculture pour nos sous-bois?)
“Vanilla, coffee, cocoa and vanilla are the first productions that come to our mind when thinking about agroforestry in Guadeloupe but other productions are possible in the forest understorey and could improve farmers’ livelihoods. But how to add value to this forest understorey in a sustainable way in other words, without damaging it? This is the question the VALAB project initiated by the SYAPROVAG and accompanied by a number of partners aims to answer…”.

21st August 2018: Public presentation of the interim results of the VALAB project. [article in French; interview in TV in French – restricted diffusion rights]

6th-10th August 2018: field work – Interviews of the social innovators and the followers

20th December 2017 – Workshop with SYAPROVAG: Identifying constraints to the integrated ecosystemic value-enhancement of the Guadeloupe forest agrobiodiversity and ways to overcome them.