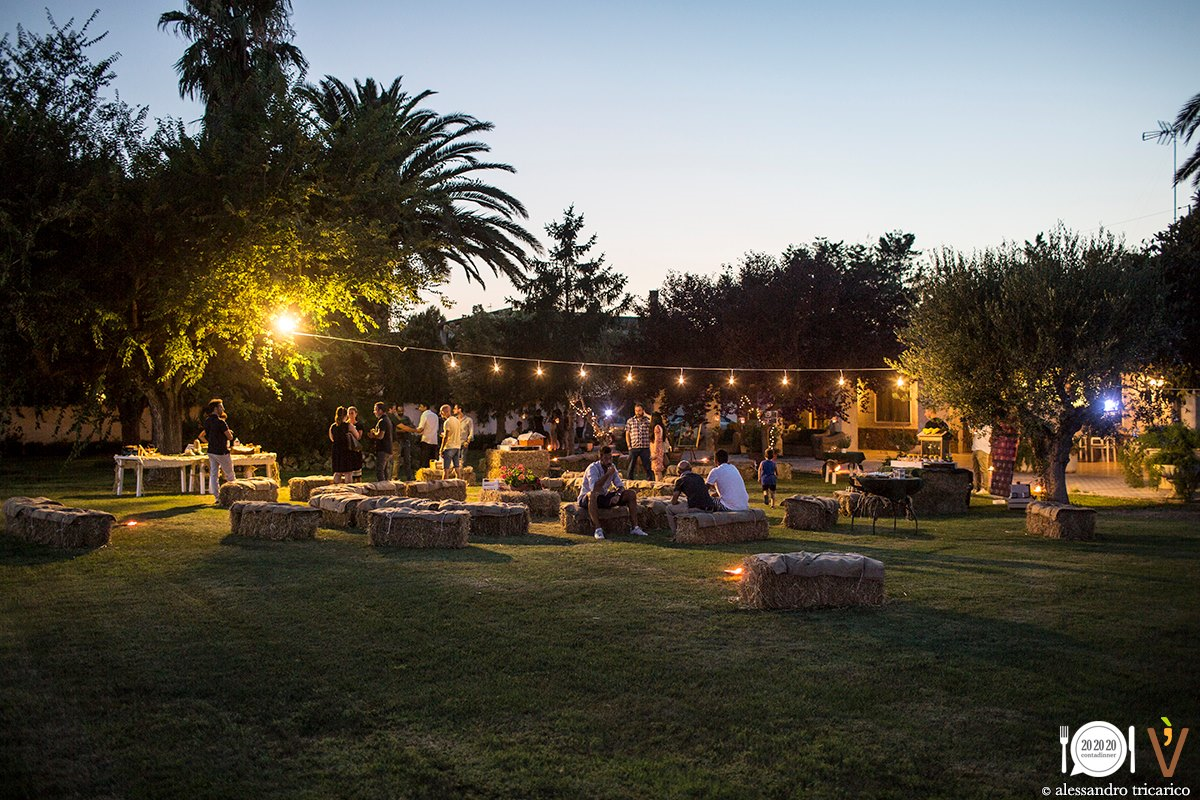 VàZapp’ is a rural hub aiming at creating career opportunities for young people in an area with 58% unemployment rate in the 15-24 age. It descends from a deliberative and participatory movement, which attempts to tackle this issue by developing a path of open and diversified community creation that revives agriculture from young entrepreneurs and young human capital existing in these territories to mitigate the process of marginalization and brain drain, and finally to lead these areas to a new paradigm of agriculture, characterized by trust between individuals and the industry.

VàZapp’ operates at the level of municipalities  located in rural areas within the Province of Foggia (at the moment the VaZapp’ held contadinners in 13 municipalities). The province of Foggia counts 61 municipalities, with a total population equal to 630581 inhabitants and a total area of 7008 km2. Mean population density results to be 89.98 persons/km2 (January 1st 2016). Foggia province has a strong agricultural connotation, with over 25000 active companies, equal to 39% of the economic sector. According to the Eurostat data of 2014, youth unemployment in the 15-24 age group reaches 58% compared to 34.1 in Italy and 19.4 in the Eurozone. Foggia area is the Italian province with the highest extension of arable land in Italy (495.111 Ha), but farmers have a low level of education (70% of them do not have compulsory education), and only 4% of the total is represented by young farmers. 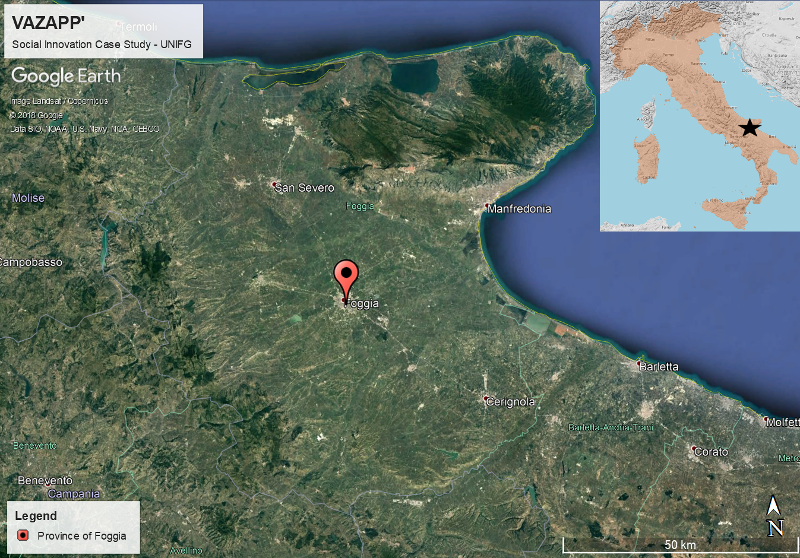 The location of the study area. ©UNIFG elaboration on Google Maps data.

Additionally, Vazapp initiative has been echoed by the media, and relevant policy makers have been informed of their activities. more information