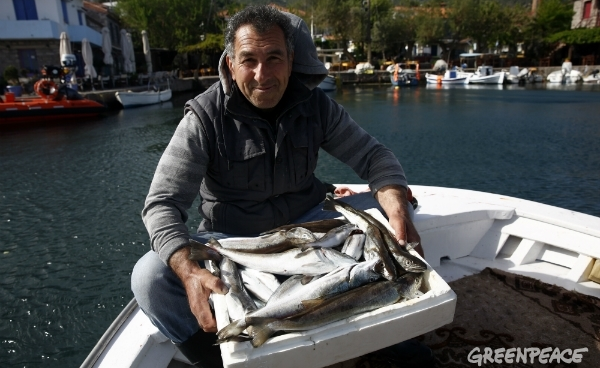 The project “A Box of Sea” was started by Greenpeace Greece, and brings together low impact fishers and citizens who want to take action against overfishing. The aims of this coalition are to create a fairer market that protects the marine environment, rewards those who fish in more moderate ways, supports small fishing communities and provides better information to consumers regarding seafood. Supporters receive fish caught daily by low impact fishers to their doorstep. Those who receive the boxes help to test out different tools and logistic details in order to establish a distribution system that will be operated exclusively by the fishers in the future.

Supporters-consumers are located in the region of Attica while the cooperation of fishers operates in 2 different regions, North Aegean and South Aegean. In particular, the local administrative units of interest are Lesvos, and Leros. Both Leros and Lesvos are remote islands without bridge, which makes accessibility problematic, especially during the winter months. Additionally, economically active population is low, job opportunities are scarce (mainly tourism and public sector) and unemployment rates are high in both islands. Also, almost half the migrants to have entered Europe have arrived via Lesvos, who saw some 573.625 refugees in 2015. The crisis has also loaded pressure onto an island of Leros that hosted around 4.000 refugees in 2015 (nearly half its population). The crisis had adverse effects on the economy, mainly through lowering tourism demand.

For more information on the area 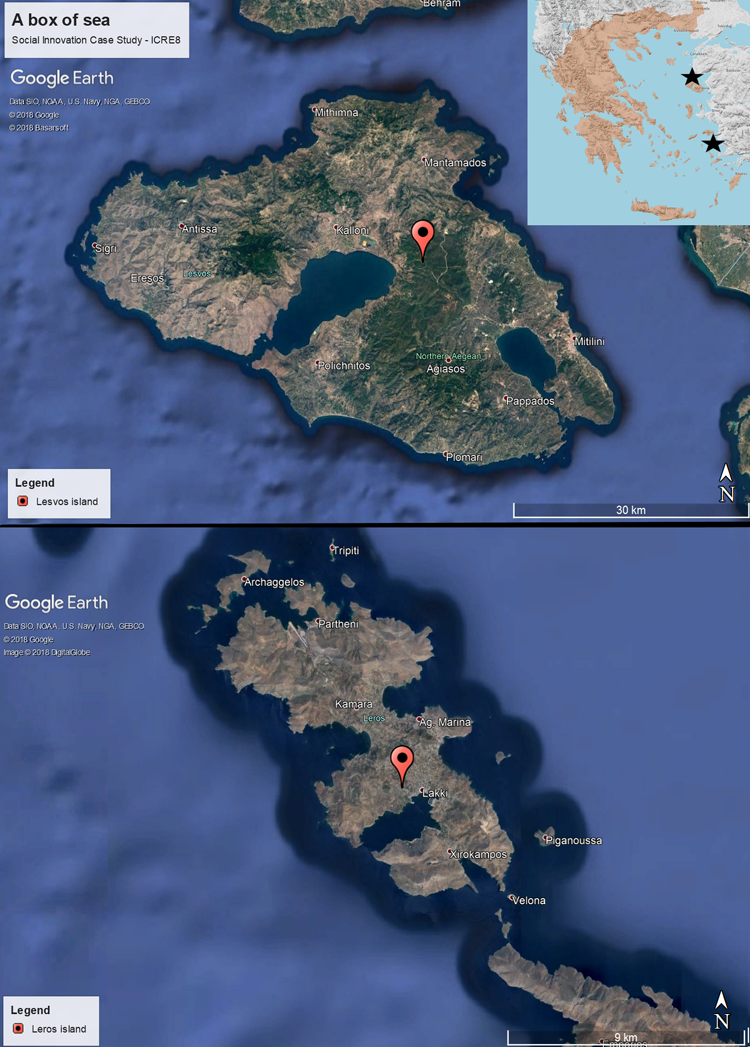 Location of the islands of Lesvos and Leros. © Google Earth Pro & Mapbox.com