The IA in Gúdar-Javalambre (Teruel) is focused in fostering the development of a land banking initiative aiming at reverting the abandonment of agricultural and forestry parcels with a specific emphasis on wildfire prevention and revival of traditional varieties. The first embryo of this IA is being currently developed in the municipality of Olba. The establishment of this IA will help improving the social and landscape resilience to wildfire risk, and sustaining the rural economy via the production of local agricultural products. EFI’s role is of coaching, facilitation of the feasibility analysis and support in the initial implementation, whereas local actors lead this initiative.

Gúdar-Javalambre is the southernmost county of Aragón, considered one of the hotspots of biodiversity in the Mediterranean, but simultaneously also one of the most depopulated areas in Spain. With 8,328 inhabitants in its 2,352 km2, it belongs to the so-called “triangle of desert”. Yet, it constitutes the hub for the black truffle production and trade, given its continental climate and predominantly calcareous soil. Its landscape covers a mosaic of pine and evergreen oak forests, agroforestry, cereal crops and pastures. Tourism mainly arrives from the nearby region of Valencia, being in summer for rural holidays (including hiking trails or adventure sports), being in winter for the two ski resorts. The region of Gúdar-Javalambre is particularly famous for its Teruel ham and its veal and pork. 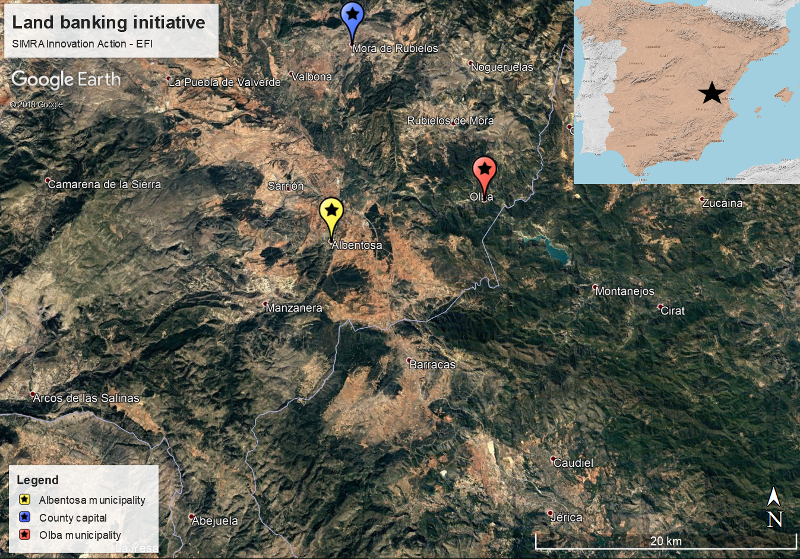