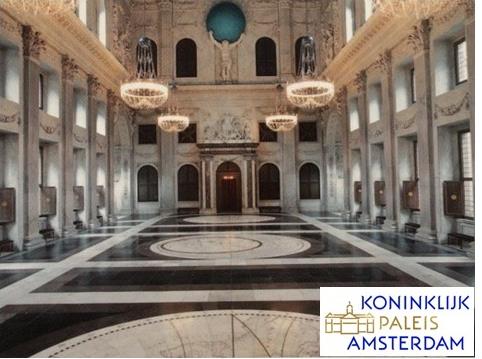 Prof Maria Nijnik, SIMRA coordinator and a Principal Socio-Economic Scientist of the James Hutton Institute, had been invited to take a leading role in the Netherlands’ Palace Symposium on “Depopulation of rural areas: analyses and perspectives” which was held on June 15, in the Royal Palace of Amsterdam. Maria admits “I was delighted, honoured and uplifted of being given the opportunity to present at the Royal Palace”.  Maria gave the talk entitled “Depopulation in rural areas: future perspectives and how social innovation can address current challenges”, and she led the workshop on “Depopulation: future perspectives”, facilitated by Prof Bettina Bock of the University of Groningen. Prof Nijnik also led the subsequent panel session and contributed to extensive discussions on the topic that followed. Along with the perspectives of depopulation, its social and cultural consequences, as well as its economic and physical aspects were put on the agenda.  Maria admits “I am happy that the ideas from the Symposium, and my talk, the workshop, the panel sessions and the discussions were met with interest and encouragement by the honourable audience, including HM the King and HM the Queen, and HRH Princess of the Netherlands, as well as by the Amsterdam Royal Palace Foundation, the Burgomaster Office and other highly respected guests”. The participants addressed key challenges and perspectives of depopulation. Prof Nijnik shared ideas on the role of social innovation in the development of rural areas and her experience gained through the coordination of the H2020 project SIMRA, which is on Social innovation in Marginalised Rural Areas. The project started in 2016 and involves 26 partner organizations from 15 countries of the EU, including the Netherlands and the UK, and the Mediterranean region, including of North-Africa.  Prof Nijnik expressed her gratitude to all those who contributed to the workshop and provided SIMRA with helpful feedbacks and suggestions, including on the necessity of building capacities and developing new relationships and collaborations to promote social innovations and advance the development of rural areas in the Netherlands and the UK, as well as in other countries of Europe, and beyond.