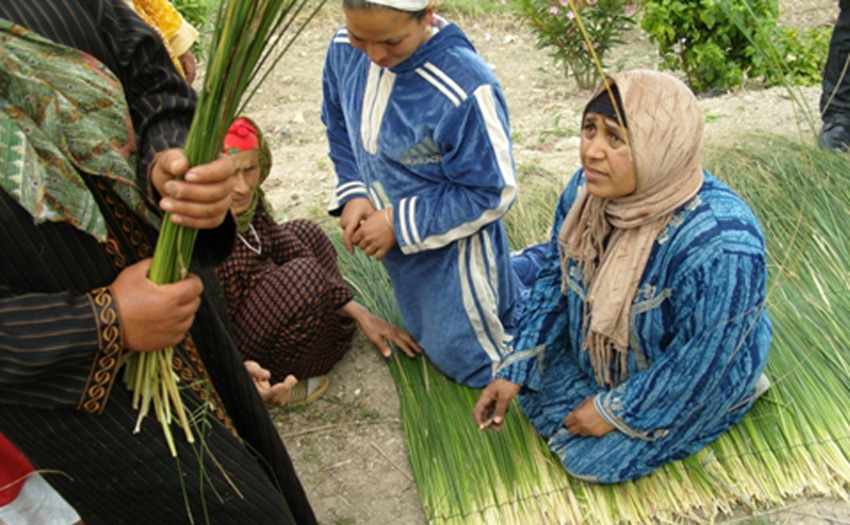 The CS in a nutshell:
Tunisian forest populations represent more than 20% of the country’s rural population. They rely heavily on the forest for their livelihoods, including the exploitation of non-wood forest products (NWFPs). NWFPs are marketed at local, national, regional and international levels, mainly informally.
The national Forest Code was revised in 1988, promoting a new approach that encourages the involvement of local communities in the sustainable management on forests. In 1994, the General Directorate of Forests (DGF) implemented several pilot projects that involved civil society in forest development. Commercialization of NWFP remained the main challenge to the successful implementation of the sustainable management of forestry resources and to empower the forest communities. In 2011, the Ministry of Agriculture requested FAO support to implement a project aiming at promoting NWFP micro-enterprises for improving the livelihoods of forest communities, and contributing to the sustainable management of forestry resources in Tunisia. This led to the development of a national strategy for the valorisation of NWFP was developed.

About the area:
The Social Innovation operates within well-defined boundaries since the four villages correspond to a specific administrative level: the micro-enterprises are established in the north west of Tunisia in two Governorates: Jendouba and Beja, Villages of: Oued el Maaden (municipality of Nefza), Tabouba (municipality of Nefza), Gouaria (municipality of Fernena), and Tbeinia (municipality of Ain Draham). The area considered by the Social Innovation initiative has several features of marginality. These include the geographical and climatic situation of the north-west of Tunisia, financial difficulties, insufficient manpower due to outward migration from rural areas, and lack of institutional support at the regional level after the revolution. The economic activities are based mainly on the commercialization of NWFP without any valorisation, regulation, or authorization to access and exploit forest resources. 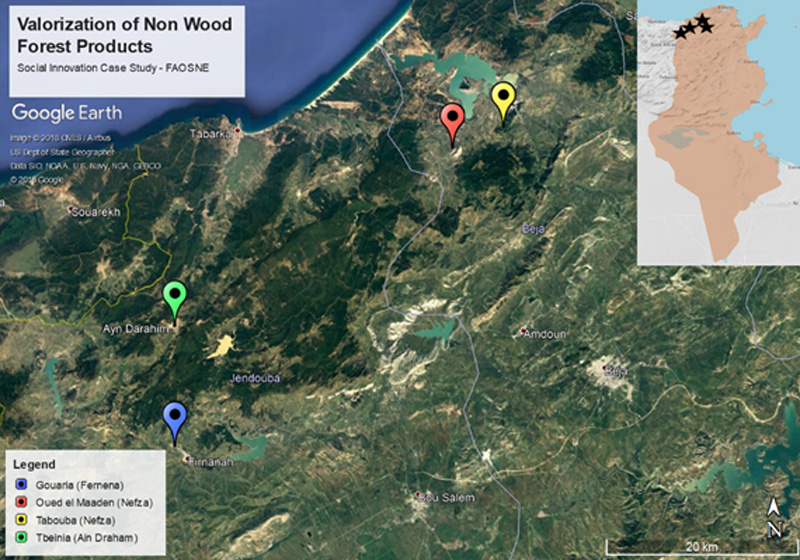