The cooperative has its head office in the Autonomous Province of Bolzano/Bozen (South Tyrol), where all the social services (childcare and elderly care) are offered. South Tyrol’s territory covers a total area of 7,400 km2, has 511,750 inhabitants (at 2011), and a mean population density of 77.4 people/km². Population ageing has become noticeable in recent years, though to a lesser extent compared with the situation in Italy and in other countries. Over 90% of the territory is covered by mountains and many scattered settlements and villages are located 1000 meters above the see level. In terms of accessibility, villages located at high altitudes are connected to the major city (Bolzano) and low valleys by roads but the travel time is high, making the accessibility of those areas very low. The accessibility becomes even lower during the wintertime where most of the villages remain isolated for the snow. The remote valleys in the province can therefore be considered as marginalized for both its physical geography and its infrastructural features. 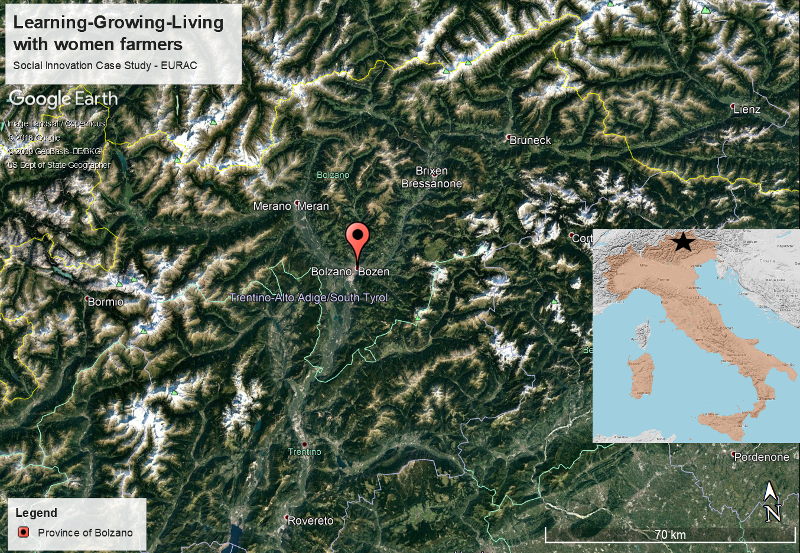 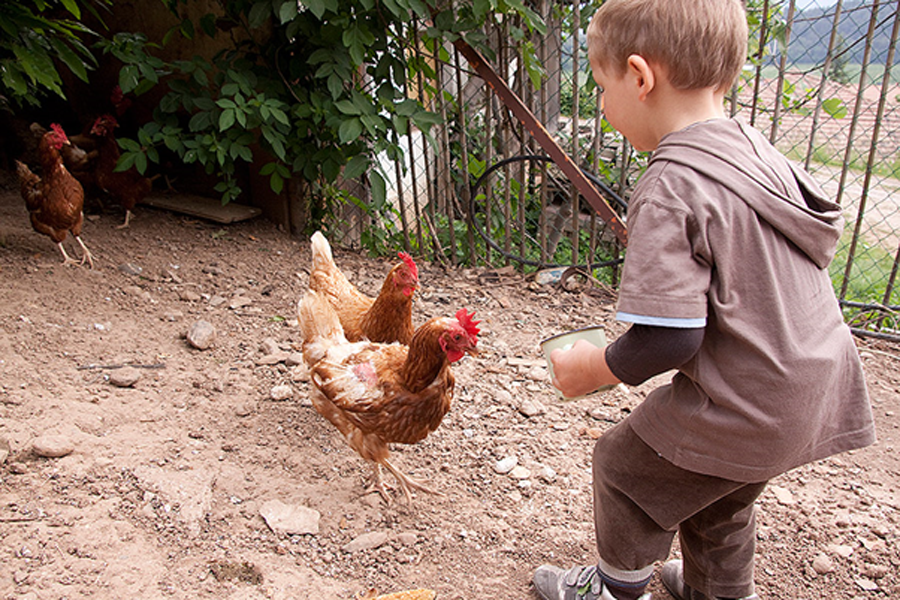