The small-scale biodynamic farm HAWARUHOF was re-arranged into a producer-led Community Supported Agriculture (CSA) in 2012. A CSA is a new relationship between producers and consumers in which they share the risks, responsibilities and rewards of the farm holding. This alternative agricultural production model aims at providing fair prices and income security for the farmer of HAWARUHOF. At the same time, it enhances the provision of a high variety of local and seasonal vegetables and herbs for about 30 consumers involved in the CSA, the so-called harvest-sharers. In addition to the production of agricultural products, the farmer offers workshops and seminars, with topics ranging from principles of fermentation to alternative planting methods.

The HAWARUHOF is located in the municipality of Kirchberg am Wagram, in the periphery of the region Wiener Umland Nordteil. The municipality is located north of the Danube and is mainly known for its viticulture. The demographic development is stable, currently 3,633 live there on an area of 60 km2. Kirchberg am Wagram is classified as rural area with relatively good accessibility to regional and higher level centres. 158 farms cultivate 4,600 ha of agricultural area, of which around 90% are arable land and 8% vineyards. The forestry area comprises 146 ha. The average farm size is 29 ha, while the number of farms has been decreasing by 30 % since 1999, which is above the average at Austrian national level (-20%). The marginalisation of the study area according to the project SIMRA is characterized by a rural area with a low population density and below average GDP/capita. Despite good general conditions for agricultural production, water scarcity may be a limiting factor for some crops. 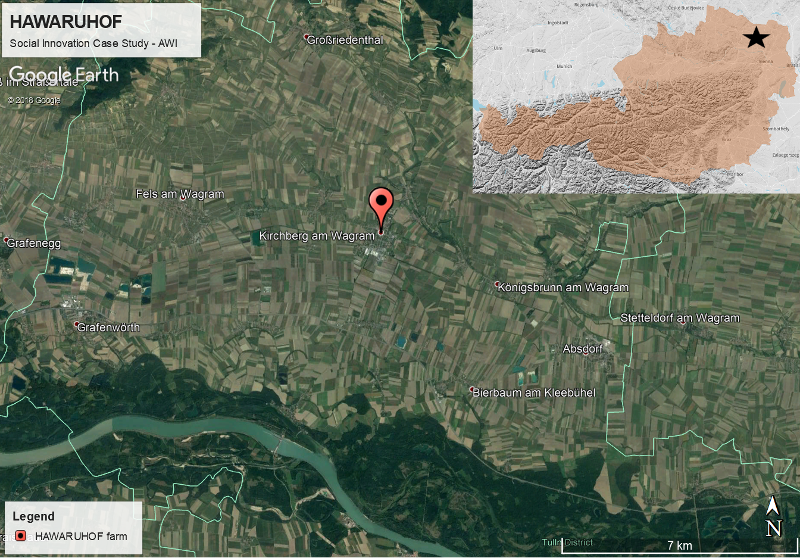 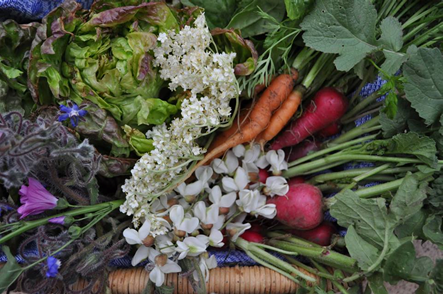