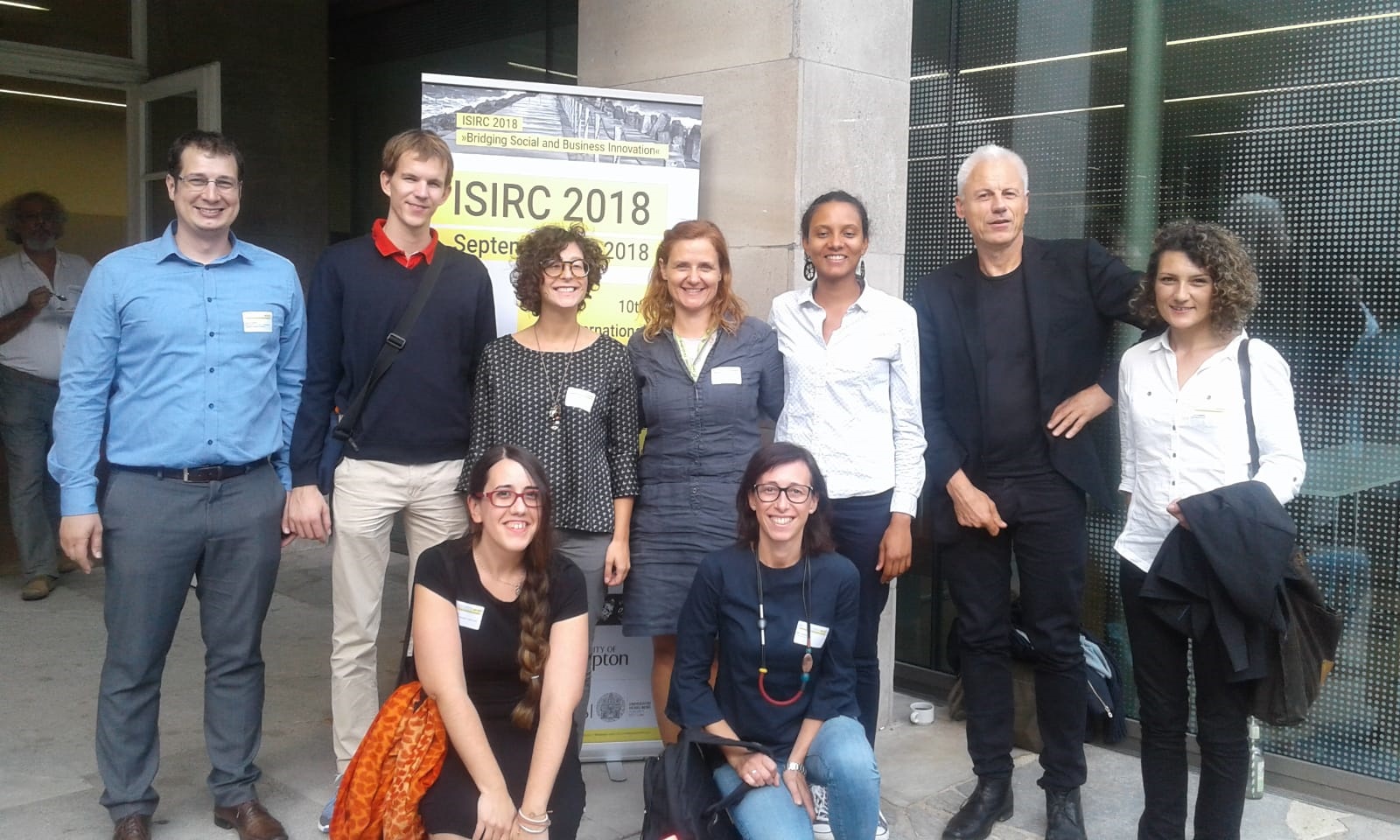 In early September a group of SIMRA researchers participated at the International Social Innovation Research Conference 2018, which was held in Heidelberg, Germany, where findings and advances within SIMRA were discussed with international experts in the field.

Our colleagues Carla Balagne (James Hutton Institute) and Manfred Perlik (University of Berne) co-chaired with Professor Gillian Sullivan Mort a stream dedicated to social innovation in rural and deprived regions where most of the SIMRA papers where presented. From an overview of our project made by Carla Balagne to insights from some SIMRA case studies, the presentations and discussions delivered by the members of the SIMRA team at #ISIRC2018 provided the community of social innovation researches an interesting insight on the contributions that the project is making to the understanding of social innovation in rural areas. Martin Spacek, from (CETIP Network) presented the transdisciplinary approach used in the project; Diana Valero (Perth College-UHI) presented advances on the analysis of the SI examples included in the SIMRA database. Cristina Dalla Torre (EURAC) talked about social farming in Italy with insights from the analytical-informative SIMRA case study on the National Forum of Social Agriculture, and Todora Rogelja (PhD student at UNIPD) and Alice Ludvig (BOKU) presented findings from the work done on informative case studies developed in Slovenia and Serbia.

General discussions and keynotes brought light to the issues that are being debated in the field of social innovation. Some of the recurrent ideas across the streams and keynotes were the importance of storytelling in social innovation, its hybridity and complexity, the central role of values and the role of hermeneutics, transdisciplinary as the approach to follow. In general, it was an excellent opportunity to talk with researchers working in other projects in the field and check how SIMRA fits in the general social innovation research landscape. There were suggestive talks in which social innovation was approached from concepts such us ‘fictional expectations’ (Ziegler), ‘chrono-normativity’ and ‘capitalists rhythms’ (Dey), cross-sector partnerships (Weber), gender justice (Yesilyurt), ‘efficiencracy’ (Ramos) or power contestations (Avelino).  The plenary keynote delivered by Professor Alex Nicholls reviewed the evolution of social innovation research and its mainstreaming and outlined a research agenda for the future. Among other issues, he highlighted the importance of focusing on aspects in which SIMRA is already working on as institutions and social networks, and the analysis of bottom-up and collaborative action.

Complete list of presentations by the SIMRA team at #ISIRC2018: