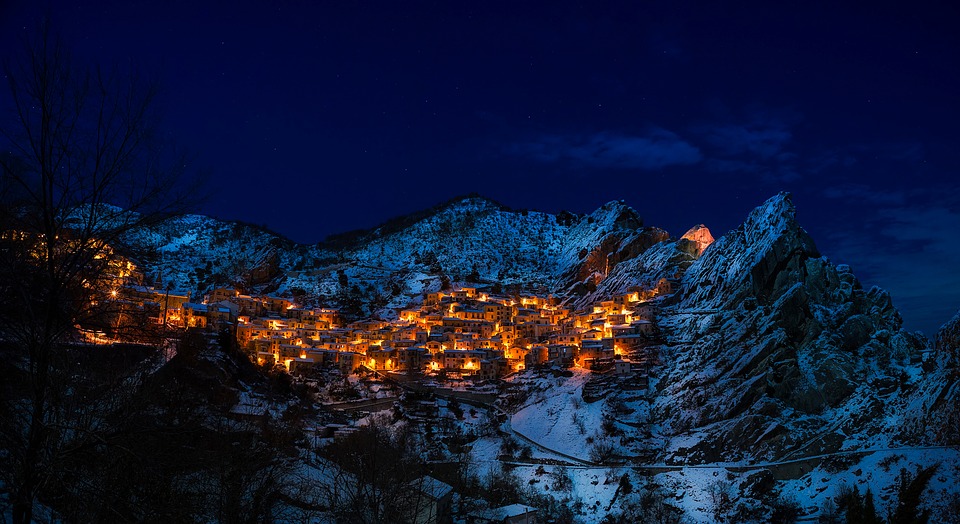 The Smart Villages concept aims to “help local communities address issues of inadequate broadband connectivity, employment opportunities and service provision in a clear and comprehensive manner”. It also aims to improve the attractiveness and well-being of inhabitants in rural areas. Social innovation can play a key role in the development of the full potential of rural areas. By working together and through social innovation, some communities have taken leadership of the provision of key rural services such as health, education, energy, mobility and other social services of key importance in rural, mountainous and remote areas where such services were of poor quality and often in decline. How can we capture their success in social innovation in marginalised rural areas and use it as an inspiration for all? How can we best support social innovation and Smart Villages in the future programming period?

On June 27th, 2018, Euromontana with the RUMRA (Rural, Mountainous and Remote areas) parliamentary intergroup, and the Horizon 2020 SIMRA project organised a policy breakfast at the European Parliament, hosted by MEP Bogovič on the topic of social innovation in smart villages. 60 MEPs, officers of the European Commission, researchers and representants of local and regional authorities attended the event. The aim of the event was to clarify the concept of social innovation in rural areas and explore how policy measures could support social innovation through initiatives such as the Smart Villages for instance. 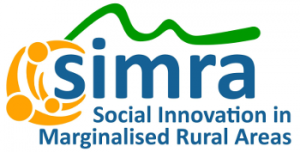 The Horizon 2020 SIMRA project, coordinated by the James Hutton Institute, and running between 2016 and 2020, is explicitly focusing on the concept of social innovation in marginalised rural areas and trying to analyse which are the different paths social innovation can follow (cooperatives, community trusts, etc.) as well as identifying policy gaps to bring forward adequate policy proposals.

The SIMRA definition of social innovation emerged from the evidence that people are at the heart of rural development, rather than agricultural productivity or technology for instance. More and more examples are emerging of third sector organisations closing the gap for public policies in resolving current challenges and the third sector can now often be found at the forefront of service provision for the most in need (the hungry, the sick, the refugees, etc.) as a result of the current crisis-driven economy leading to austerity and privatisations in some areas.

1.2 Smart Villages as an example of social innovation

The European institutions have shown a keen interest in Smart Villages during the last year, by both implementing an ENRD thematic group on Smart Villages and a European Parliament pilot project on smart eco-social villages. Resulting from their work, the Smart Villages concept has been further defined. Most importantly, Smart Villages are about people, and not only about digitisation even though it is an important tool. Smart Villages should not be considered as a state nor an objective in itself but as a type of approach and a model to aspire to. Smart Villages use an integrated approach towards services and economic development, within the appropriate scale (whether it be a village, a federation of villages, or a geographic area), and finds its balance between the formalities of a strategy and the engagement of local actors.

The ENRD has produced an illustrative video which you can watch here and has published a Rural Review dedicated to this thematic which you can find here.

The pilot project on smart eco-social villages is currently working on a common definition to be used by policy-makers, advisors, managing authorities, researchers and practitioners, and an open consultation will be launched in July 2018 for those interested. Following this step, the pilot project will select six case studies to support these communities in their transition into smart villages.

1.3 The example of the Sopotniki Institute 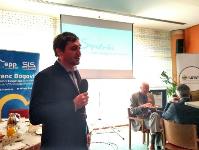 Marko Zevnik, CEO from the Sopotniki Institute, offered an illustration of a smart village through the community service he has recently implemented. Sopotniki means co-travellers in Slovenian, and his enterprise has developed a mobility solution for elderly people to be driven by volunteers to carry out their daily errands in nearby villages. The goal is to provide more services to elderly people and to support local businesses at the same time.

The fleet of cars and gas is provided by the Sopotniki Institute with money raised through a fundraising campaign and thanks to donations by the users. Drivers are volunteers, mostly job seekers or newly retired people. Drivers receive free lunch and coffee in local businesses. According to the users, the added value of this service lies in the interaction between the elderly and the volunteers and enables elderly people to stay at home longer. The initiative uses digital tool insofar as they have developed an app for the drivers to be coordinated and answer the users’ needs; as well as block chain solution to be transparent about how they are using the company’s money.

As social innovators, rural communities face obstacles such as institutional barriers, high start-up costs, lack of local leadership, weak social capital, or even apathy within a small community. They are challenged by administrative burden and the risk of burn out of local leaders. One of the main challenges yet to be tackled remains the perpetuation of advantage in empowered communities and to pass on their knowledge.

According to SIMRA research, policy can make a difference by supporting capacity-building, training and effective community engagement. Policy could directly fund community development plans explicitly and explicitly earmark social innovation in RDPs (Rural Development Programmes). Most importantly, policy needs to create the appropriate enabling policy framework because each village has its specificities and its adapted local solutions, which do not necessarily fit into sectoral categories. 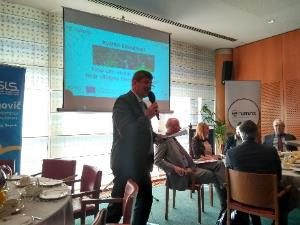 On the other hand, MEP Bogovic appreciates that Smart Villages are part of the new legislative proposals as they will further support investments in rural areas for education, social and health infrastructures among others as well as contribute to avoid further depopulation. MEP Bogovic said that “Compared to cities where business cases are made, rural areas are about people” and whereas digitisation is not the centre piece of Smart Villages, it is key in rural development to relocate jobs there and develop e-services for health and training for instance. A more efficient organisation of rural public services will also lower public expenditure, so this transition is profitable to all. However, the fact that Smart Villages are part of the legislative proposals is not a final achievement, and it is now time to prepare proposals for CAP national plans and to include operational groups in the Smart Villages process.

The REGI Committee of the European Parliament has adopted a motion, to be discussed in the next plenary in Strasbourg in July 2018, addressing  rural development in the new Multi-Financial Framework (MFF). This motion specifically asks for better targeting  Smart Villages in the new MFF. Indeed, there is not only a digital but also services divide between urban and rural areas so a synergy between funds would be welcome. However, different instruments are needed for rural than for urban areas and RUMRA would welcome a Rural Agenda.

3.     Opportunities for Smart Villages in the next legislative proposals 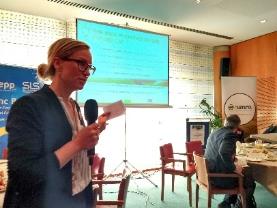 Christine Kirketerp, EC Officer from DG AGRI presented the opportunities for Smart Villages in the next legislative proposals, starting by underling the important drive for modernisation and simplification visible through the new CAP transversal objective of enhancing knowledge and innovation and in the contents of national CAP plans (digitisation strategy required). This new drive stems from the political will to focus more on citizens’ concerns and involve them in policy-making.

One of the CAP’s nine specific objectives is rural development, made up of 8 broad categories of investments (replacing the current “Measures”). Smart Villages are not one of these categories, but Cooperation is broad enough to include them and enable 100% public funding. Furthermore, most of the tools which can currently be used to finance Smart Villages can still be used in the next programming period, such as LEADER but also CLLD, Integrated Territorial Instruments, Interreg projects, etc. The ENRD estimated that 24 billion € are available for Smart Villages in RDPs between cooperation, LEADER and basic investment measures. A ring-fencing of 5% is set for LEADER in the legislative proposals.

However, the number of Smart Villages strategies has become a result indicator in the new legislative proposals and DG AGRI will be reviewing national CAP plans to see how they intend to achieve this target. Smart Villages were not defined as such in the legislative proposals but DG AGRI agrees with the philosophy that it is a method and not an objective to bring further well-being to rural areas and improve quality of life.

The question of how EU funds can work together still needs to be clarified by DG AGRI. One of the precisions brought during the event concerned simplification of multiple funding for the beneficiaries where only the rules of the lead fund will be applied from now. 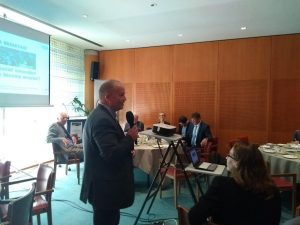 MEP Szanyi concluded by saying that opportunities are equally given at the European level to all communities to embark upon the Smart Villages approach, but at the other managing levels, communities need smart authorities to understand the concept and to be flexible in their funding mechanisms. This was a weakness identified in the new delivery model with national MS plans: how will opportunities continue to be equally given to all European communities when the implementation of measures is in the hands of local and regional authorities? How can the local and regional managing authorities mobilise instruments to support smart villages and create synergies between funds?