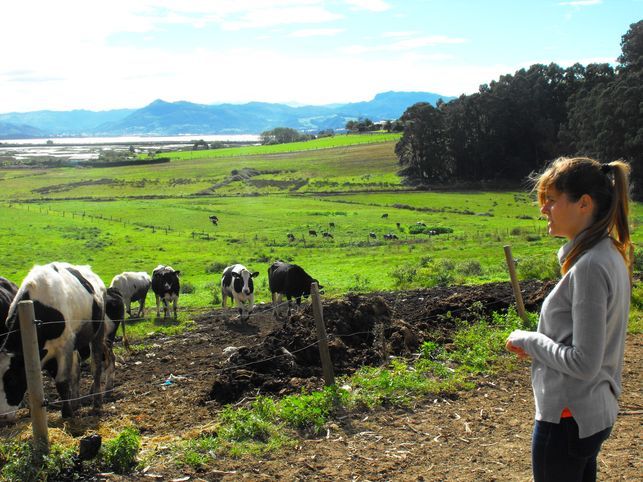 It’s 5 o’clock and the alarm goes off. She has breakfast and, with the radio in the background, she gets dressed for work. Milking starts at 6, but before that she needs to take the cows to the milking parlour. They aren’t many, but with the old facilities they find it hard to get in. Once she’s done, she goes back home, wakes up the children, gives them breakfast, gets them dressed, and takes them to school. Then she goes back to the farm… and resumes her work day. She does so until noon, when she cooks lunch, picks up her children, then takes them back to school, does the afternoon milking, and afterwards she brings the children back home and stays with them until they are tired and drop off to sleep. Sometimes she wishes she had a different life, a different job that didn’t enslave her and allowed her to be more in control.

The heroine of this story doesn’t have a name: she has many. Because this is not the routine of a single woman, but rather of many women who work in the fields like their partners, but who, unlike their male companions, do not enjoy the same opportunities. In spite of the relevance of women’s work in farms, the owners of 67.31% of those farms in Spain are men. In contrast, women appear as wives and are classified as “family support” in those documents, which proves the existing inequality.

The Spanish Shared Ownership Act (Ley de Titularidad Compartida) was passed in 2011 in order to tackle this situation. The aim of this law is to give more visibility to women’s labour in the fields and to enhance their participation in different organizations. Furthermore, shared ownership means that the administration, representation and organization of the farm is shared between both owners. It also implies that income is equally distributed, that both owners are regarded as direct beneficiaries of any aid or subsidy the farm receives, and that both are liable to social security contributions. However, according to the figures of the Spanish Ministry of Agriculture, Food and Environment, by the 25th of June of 2015 only 136 farms were registered under shared ownership.

Women account for 48% of the rural population and they are vital for the sustainable development of rural areas. However, women are forced to leave rural communities and move to the cities to look for better living conditions due to their lack of opportunities and their unequal access to land ownership, jobs or decision-making positions. It is women who fix population in rural areas and who ensure their continuity. But if they leave… who stays?

Therefore, it is not enough to draft laws which favour women’s visibility: new tools need to be developed for those laws to be successfully implemented. It is essential to involve local actors in the development of activities which make rural societies realise that without women there is no life in towns. We need to understand that the inequality suffered by rural women is also a form of gender violence.