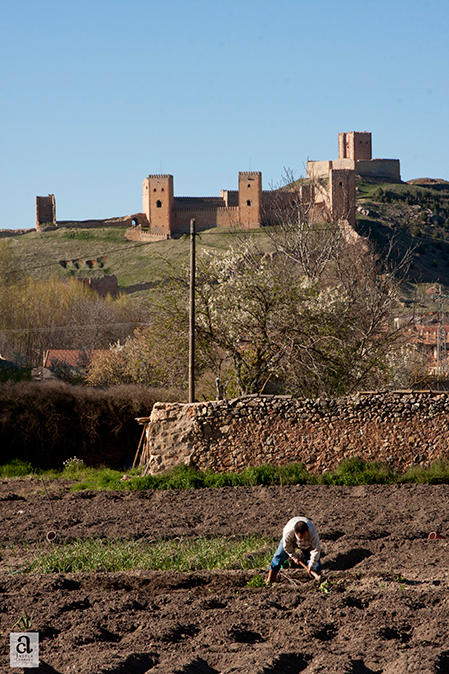 Human migration has occurred throughout history and everywhere on the planet. The old continent has constantly witnessed major migratory flows. However, the current plethora of people, routes, motives and countries of origin, poses new challenges and a need to seek strategies to address these displacements.

If we speak of human displacement today, our mind jumps to the current influx of immigrants and refugees in the European Union (EU), originating mainly from social imbalances and armed conflicts in Africa and the Middle East. The so-called ‘refugee crisis’ is referred to as a humanitarian issue exacerbated by the exponential increase in the flow of asylum-seekers, vulnerable migrants, moving to Europe through irregular channels.

This is also a reflection of the economic downturn and a crisis of values affecting Europe; in short, a European crisis. Years ago, when the EU economy was solid and demanded labour for the workforce, there were no impediments to these persons joining the job market; but now we are looking at hundreds of thousands of people crowded in refugee camps in Turkey or Greece, or drowning in the Mediterranean Sea.

While these large flows of people occur, certain regions of the EU are challenged by the problem of depopulation, generated by domestic migration. This is the case of the regions in mainland Spain, suffering from an ageing population, loss of education and health care resources, neglect and overexploitation of natural resources, deterioration of the architectural heritage and loss of cultural and traditional values.

In this context, an increasing number of initiatives and projects are proposed to address the worrying depopulation rates. The reception of refugees and the current migratory movements are seen by some as a good opportunity to repopulate the European rural areas. But is this a real solution?

If we really want to repopulate rural areas by means of these migratory flows, it is essential to work on the culture of welcome, tolerance, openness and harmony in a context of diversity.

Let’s use our imagination to address these two challenges; refuge and repopulation of rural areas. We could combine both in an attempt to find an appropriate place for persons in search of new opportunities, of a life in peace to settle and at the same time, to revitalize villages on the verge of extinction.

Regardless of numbers, motives and origin, the arrival and settlement of a new population could mean a solution to the current problems of the rural environment. The towns would come to life again and regain their activity. Agriculture and livestock farming would be strengthened, increasing their socioeconomic importance, while new jobs would be created for the sustainable management of the natural, cultural, gastronomic, artisan and touristic resources.

The population increase of the municipalities would keep the village schools open, and they would be provided with the means and resources; it would improve school transport, and students would be able to learn professional skills without having to travel to the city, and thus expand the range of employment possibilities in rural areas. Social services and health care would guarantee home care, health centres and emergency services.

With these improvements in the employment situation, we would stop talking of an economy of survival. The shops and businesses would have significantly more customers, and would broaden the range of goods and services to meet the needs of the new population; bars, cafeterias and leisure centres would become new places of gathering and integration; there would be more participation in social and communal activities, leading to the recovery of the cultural and architectural heritage. Transport, telecommunications, libraries, accommodation, etc., would no longer be defined as insufficient or inadequate.

The environment would become a strategic sector in the development of new market niches. The rural areas would no longer have an ageing and male-dominated population. The streets would be buzzing again with families and young people.

NOW, BACK TO REALITY

If we consider what could be beneficial to the rural areas, the solution is not just to fight depopulation with the arrival and settlement of refugees. This is neither a simple process nor a failsafe remedy.

Considering the social reality of the rural mainland, especially in the region of Castile, the perception of the arrival of refugees in our villages may generate some fear and initial reservations that should be overcome. In areas where there are hardly any migrants, awareness has to be worked on previously, so that sharing spaces with the ‘new neighbours’ can be seen as something positive. This is what is known as a ‘culture of welcome’ and it requires all stakeholders of local communities to cooperate and establish ties to offer opportunities for integration in the host territory.

It is also key to consider and address all aspects involving migrants and refugees from the moment when they leave their country of origin, their journey, their means of entry and the initial stages of settling, in addition to their personal characteristics.

As inhabitants of the rural area, we know first-hand that the integration process is hindered by a more closed society on occasions. This, combined with the existence of consolidated communities of the same nationality (something that also happens in the cities), makes immigrants resort more to their support groups, thus limiting cultural exchange.

Considering that the labour market is small and there are few opportunities for self-employment, these new families or townspeople can often find themselves in situations that may be seen as a preferential treatment by local people with difficulties to access support.

Therefore, this process has to be dynamic and bidirectional, involving local communities and adopting a sensitive approach to the challenges and opportunities presented by migration.

On the other hand, we tend to think that there are no funds to promote the socio-economic development of depopulated rural areas, but Spain is one of states that have received most structural funding from the EU. Economic ‘practices’ have endowed the rural areas with impressive visitor centres, industrial estates with state-of-the-art technology, great sports facilities even with indoor swimming pools. However, despite these major investments, they may be abandoned or closed down due to lack of population. The aids to undertake economic activity are scarce and the initiatives that are underway face enormous difficulties for development, dealing with complicated regulations and bureaucracy.

If we really want to repopulate the rural areas, the global context of migratory flows must be taken into account. In this sense, it is essential to adopt and work on the culture of welcome, tolerance, openness and harmony in a context of diversity.

The perception of the arrival of refugees in towns and villages may generate some fear and initial reluctance that should be overcome.

EMPLOYMENT OPPORTUNITIES ARE NECESSARY TO REVITALIZE THE RURAL AREA

At Fundación Cepaim our mission is to promote the model of intercultural society that facilitates immigrants’ full access to the rights of citizenship, by creating policies to fight against all forms of social exclusion and collaborating in the development of their countries of origin. Being aware of the difficulty of these processes, we are working to address the urban-rural issue. Through the project of integration of immigrant families in depopulated rural areas “New Paths”, Nuevos Senderos in Spanish, we work on the inclusion of immigrant families and individuals who have decided to move to rural areas. In addition to geographical mobility and the improvement of their quality of life, the aim is to generate and promote community development in the towns and villages.

In the New Paths project, we must overcome the fact that the rural environment is not seen as an opportunity for employment and quality of life. There are disadvantages such as the difficulty to be accepted in some communities, unequal opportunities for women, shortage of resources and services, and the widespread idea that urban environments offer more social, occupational and recreational opportunities, etc.

In addition, the few job offers that arise in the rural environment are very specific, temporary, and follow the gender roles established by a patriarchal society. For instance, the vacancies for male shepherds often consist only of shepherding the flocks and do not include collective tasks related to milking, breeding or health, which in many cases limits the acquisition of technical skills, and hinders the learning of the language, since they spend most of their time on their own.

Another job in demand would be housework or home care for the sick and elderly, for which women are sought. They are mainly seasonal jobs, usually for the summer, when many elderly people return to the hometown. It is a job with little recognition or rights, and employers often do not sign contracts or guarantee a minimum wage and acceptable working conditions.

There are also some temporary job offers in the catering and hotel industry, as rural population increases in the summer. Sometimes they demand self-employed people to manage the local pub, where it is impossible to make a living in winter, serving 3 or 4 coffees a day and paying for cable TV for a few customers to watch the football match.

It is no wonder that in view of such offers, mostly unattractive in principle, not many people are motivated to move to the rural area.

THE ROAD TOWARDS CHANGE

Based on direct experience in our work, we know that if we want the rural environment to have an important role in promoting the acceptance of refugees and become an opportunity to revitalize life in the towns and rural areas:

– The rural environment should be seen as a space for opportunity and quality of life.
– There must be a political commitment at different scales, so that the measures and investments in rural development can support initiatives and projects that come from the area.
– A rural environment is to be enhanced with quality public services and productive activities that foster culture, heritage, agriculture, food and natural resources in a sustainable way.
– Policies should be managed correctly and coordinately to benefit both the immigrants and the local communities.
– It is understood that living in rural areas is neither better nor worse than living in the city, it is just different.

Ultimately, if we want to end depopulation of our rural towns a real social and political commitment is required, leading to an equilibrium that guarantees the continuity of the rural environment and the basic needs of its residents.