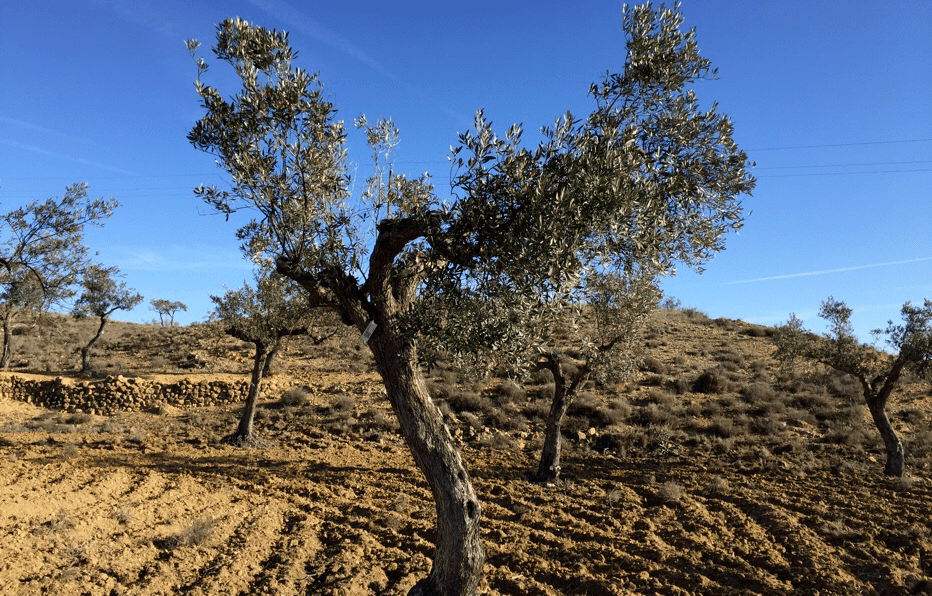 A year ago this week, I adopted an olive tree. I called it Carmen, after my grandmother. Whenever I want to know about my tree I just need to open an app that I have installed on my mobile phone. I can see pictures of it and whether it has been pruned, or what the local weather’s like, etc.… Once a year I receive two bottles of delicious olive oil. But what I love most, is that for only 50€ per year I am helping to employ people at risk of exclusion, I am helping young people to have a future in their village so they don’t have to migrate to the city, and I am preventing the closure of a local school in a village that, like so many others in inner Spain, have had to face the monsters of depopulation, ageing and loneliness. All at the same time as I am helping to recover hundred-year old olive trees and local traditions and conserve landscapes, care for the land, and support environmental, social and economic sustainability.

Apadrina un olivo (Adopt an olive tree) was, until a year ago, a project I had heard about but didn’t know more than the odd detail. I fell in love with the project when I talked to one of the people involved. When I learnt more about the association I invited them to be part of SIMRA’s database of social innovation initiatives. I would love to share this beautiful project with you.

Oliete is a village located in the Spanish province of Teruel, one of the most depopulated provinces in the European Union. In the last 100 years, the population of Oliete has decreased from 2,000 to 420 inhabitants registered in today’s census (there are even fewer people actually living there). The 100,000 olive trees in Oliete have been abandoned as the inhabitants have gradually left the village and no longer have any use for them.

A group of young people from Oliete realised that they had to find a way to save those trees, which represent not only part of the traditional diet, but also the culture of the area, its landscape, and, of course, its traditional know-how and the heritage passed down by Oliete’s ancestors. This same group realised that they could reach two important objectives: recover the olive trees and combat depopulation. This gave rise to the creation of their association.

So, they went for a crowdfunding system that consisted of asking people to sponsor an olive tree. The sponsor would christen the olive tree and in exchange receive periodical photos of it (through an app), and information about the local weather conditions, the work being done on it, etc…as well as two litres of extra virgin olive oil from the olive trees made from the local manzanota and empeltre varieties. The association also organises field trips, so sponsors can visit “their olive tree”, thus enhancing rural tourism in the area.

The true owners of the olive trees are in many cases the grandchildren of the last people to look after the tree, and usually work in the city, far away from Oliete. Through this initiative their olive trees are recovered and after the olive tree has been in the project for 6 years (when it starts to produce a regular quantity of olives) they receive 10% of the harvest.

So far, this initiative has created 6 jobs in Oliete, enabling 6 people under 35 years of age to stay in the village instead of migrating, thus fighting depopulation. The project also employs people from ATADI, an association for people with learning disabilities, providing a job for people in risk of exclusion. This school year the initiative found a family to live in Oliete and work for the project, thus avoiding the closure of the local school that didn’t have enough children (in Aragón, village primary schools need to have a minimum of 5 children to stay open. When children are 12 they attend secondary school in a nearby town).

In addition, Apadrina un olivo has promoted the opening of an oil mill in Oliete. People outside the project can bring their own olives and produce oil, ensuring the recovery of their trees. The oil mill provides a local service and acts as a social centre.

I have just renewed my “adoption” sponsorship, and I am looking forward to having my olive oil delivered to my home. Hopefully, this year I will find the time to meet Carmen. I am really looking forward to embracing a tree called like my grandma.